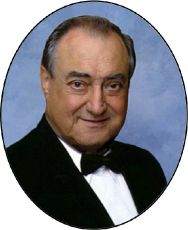 Daniel J. Desiderio is a renowned teacher, composer, arranger, and recording artist who built the orchestra to what it is today: the largest one of its kind on the East Coast.  He is a former student of Pietro Deiro, Sr., the "Daddy of the Accordion."  Mr. Desiderio has performed in concert halls throughout Europe, America, and Japan, including London's Royal Festival Hall, Copenhagen's Radio House, Munich's Congress Hall, New York's Carnegie Hall and Town Hall, Philadelphia's Academy of Music and Kimmel Center for the Performing Arts, and the White House.  He is a former board member of the American Accordionists Association and a founder of the Pennsylvania Accordion Teachers Association.  Mr. Desiderio continues to perform in concerts and private affairs in the Philadelphia area.  He also operates a music studio in Media, Pennsylvania where he teaches accordion and piano students. 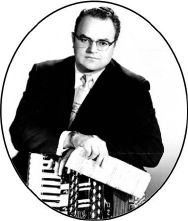 Eugene Ettore — composer, arranger, teacher, and conductor — has over 300 copyrighted works to his credit.  Conductor of the famous "Sano Accordion Symphony," Mr. Ettore led the orchestra from 1980 until his untimely death in 1985.  He was president and board member of both the Accordion Teachers Association of New Jersey and the American Accordionists Association, as well as chief editor and arranger for Pietro Deiro Publications and a member of ASCAP.  Some of his arrangements are still performed today by the Accordion Pops Orchestra. 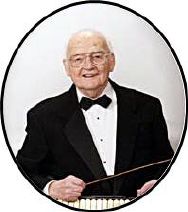 Dr. Jacob Neupauer, founder of the world renowned Neupauer Conservatory of Music, became the orchestra's first conductor in 1970.  Master teacher of champion students, musicians, composers, arrangers, and teachers, he was the founder of the Philadelphia Accordion Orchestra and a member of the advisory board of the American Accordionists Association.  Dr. Neupauser passed away on April 14, 2011.